Since my most favorite family show is on hiatus until next season – YAY!!!! they got picked up for another season- I have decided that I will do a commentary on Red Table Talks and let us begin to have candid conversations about the topics. I hope you all don’t mind. I like being able to come and express myself and I am hopeful that you all like it too and will begin to become more expressive and communicative with me.

With that said, the last episode of Red Table Talks with Jada Pinkett Smith discussed surviving loss. Each woman took turns describing the things that they felt were the biggest losses to them in their lives and discussed how they managed to overcome. There was one particular segment that resonated so deeply with me. It was when Jada spoke about losing herself.

I have been with my husband for nearly 15 years and we have been married for 8 years. I began dating my husband when I was 19 years old, the summer before my Junior year of college. We got pregnant with our oldest daughter when I was 20 years old and she was born when I was 21 years old and in my last semester of college. I was weeks away from graduation when she was born. I recall breastfeeding her in a baby sling while I took an exam. My professors allowed me reasonable accommodations and provided  a space for me to take my tests in private and with my daughter because I didn’t have a babysitter. What that means is that for all of my adult life, I have been tied to my husband. And for almost all of my adult life, I have been a parent.

I had to grow up and in growing up, I was growing as an individual, a wife, and a mother. Remember when I said that growth is one of the most difficult challenges to marriage? Blackish: The Real Struggle of Marriage It was a challenging time in our marriage. We married when I was 25 and a few years later, I recall often having conversations with my husband that sounded like: what I wanted at 19 is not what I want at 28. What made me happy then doesn’t necessarily do the same for me now. I’ve grown. I’ve changed, and I need you to accept me as I am, right now. I remember him saying the same to me. He had changed as well and I had to accept him. Those years were hard. Thank God we made it through.

But over the years, I started to lose myself. I was so focused on making sure that he was taken care of and making sure that his needs were met and that he wanted for nothing that I was starting to lose my spark. My shine. My magic. I was also focused on our children and doing the same for them. My identity changed. I was no longer an individual; I was a mother. A wife. A housekeeper. A chauffeur. A therapist. A walking ATM. A short order cook. I was everything to everyone … but me.

I began making sacrifices for my family. I didn’t hang out with my girlfriends as much as I used to because my children needed me. I didn’t stay too long with family when I would visit because I needed to get home. I would get up at 4:30/5 am to workout by myself before my family woke up. I stayed up way passed my bedtime so that I could clean the house because I wanted to make sure my children woke up to a clean home. I stopped doing things for myself.

When I decided to start the journey to financial peace, I was doing it alone. My husband wasn’t on board, which meant he wasn’t sacrificing financially. I began sacrificing my wants to make sure I was gazelle intense in my debt snowball. I sacrificed getting my nails done, getting a monthly massage, getting waxed, and happy hours with girlfriends. With each sacrifice I made, I began resenting my husband for not doing the same. But why? We discussed the journey but he didn’t agree to it. How could I be upset with him for a decision that I made all by myself? Now, I see it doesn’t make sense, but in the moment, I was angry. I was doing all of the sacrificing to dig us out of financial straits and he was going along with life as usual.

I was resentful because he appeared to have a care free life as a dad. I wanted to be like dad. I wanted to come and go as I pleased. I wanted not to have to worry about where the kids were and what they were doing. I wanted to go to sleep after eating the meal that someone else cooked for me. Then I went on strike. After getting super fed up with feeling like I was doing everything on my on, I. went. on. STRIKE!!! That got his attention. I said I wasn’t lifting another finger until he pitched in. Feed the children; bathe them; clean up; wash clothes; pick them up after school. Then we had a conversation. The conversation is what was missing. I never spoke to him and said how I was feeling. Because I didn’t, he was happy with pitching in when he saw me being completely overwhelmed – which is usually right before the breakdown- or when I was away, but not on a daily. It took me having the conversation for him to get it as well as for me to get it.

Closed mouths don’t get fed. So I started opening mine – OFTEN. 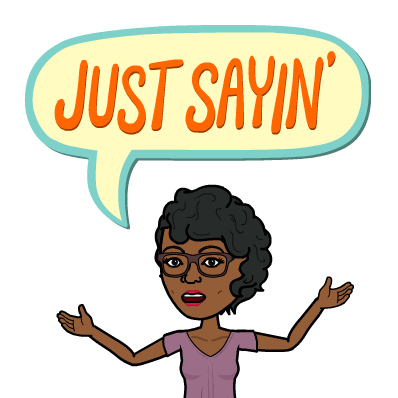 I started to tell him what I needed. I needed him to pick up the children twice a week. I needed the ride home to decompress from the day. I needed those few minutes alone to myself because without them, my two full-time jobs had no break in between. As soon as I finished my morning workout I began my first full time job (wife and mom), then went to work at my second full time job, then got off of work and went to pick up my children – rarely with a stop to do something for myself alone, and then straight back into being wife and mom and taking care of everyone but me. Hearing about their day at school (you know the stories with no endings that last for 30 minutes), bickering and fighting in the car between the babies, loud noises, you know kid stuff.

I also needed him to cook dinner twice a week. I too wanted to eat a meal that someone else prepared for me. I didn’t want to have to walk into the house every day and go straight to the kitchen and cook dinner without a moment to catch my breath.  I wanted to take a few moments to myself to scroll Facebook, laugh on Instagram, talk with my girlfriends, watch YouTube videos. I just wanted a moment to myself.

I needed him to pick whether he would take morning duty or take evening duty with the children. Either he would wake up in the morning and make sure they were dressed and fed and ready to leave on time for school, or he would be the one to make sure they were bathed and ready for bed on time. I let him choose. Sometimes we alternated this chore because we have community service projects that we are apart of, but we started to make this work.

I started communicating to him what I needed and how I was feeling. We have come together and we are on the same page and we have one household budget, and things in our marriage are a whole lot better. From having conversations and speaking my heart to my husband, I began to find myself again. I began to find my voice again. I started saying no to things again. My life, while still mostly revolving around my husband and children, began to feel like my own again. I started making time for myself. Started taking the time to realize who I was as an individual again. I realized that I am a pretty dope chick. My humor is slightly dry. I can be a tough nut to crack, but once you’re in, you’re in. I consider myself to be an introverted extrovert. I am not very talkative around folks I don’t know and it takes a while to warm up to you, but once I feel solid about you, I will talk your ear off.

I found myself again, and you know what? I love her!

Until next time, journey on!